YOUR MEDICAL RECORDS ARE BEING DESTROYED!

Your medical records are being destroyed by hospitals, doctors, dentists and other medical professionals at this time.  New computers systems cannot hold all of your historical data from hard copy files (these files are being destroyed without being placed on CDs for future use).  Patients are not being notified in advance about this destruction or the fact that they can have copies made before the files are destroyed free or at a small cost.

Many of your medical files with dates prior to 2005, have already been destroyed.  Thus, your medical history cannot be recreated or researched when you are admitted to the hospital or see your doctor.  If your hard copy files are dated after 2005, they are now being stored, in many cases offsite of medical facilities where they cannot be retrieved for weeks.

The ADC believes that everyone should request copies of their medical records before they are destroyed either on CD or in hard copy form so that in emergencies this information is available in emergencies and in future treatment situations.  All records should be requested.  Without your historical information treatment may be delayed, there will be costs for unnecessary tests and procedures, and it could mean that elderly patients will be unable to remember dates and information which could be helpful when in emergency situations.

One of the most important issues is related to Vitamin D and related health effects from lack of Vitamin D.  This issue is more important than ever considering the current atmospheric geoengineering programs that are producing man-made clouds and haze that restrict the amount of direct sunlight reaching the Earth.  Air pollutants also restrict the amount of sunlight reaching the Earth.  (The Sunlight Section in this website has more information on this subject.)

And now geoengineering scientists are proposing to experiment with more atmospheric experiments in the future that will reduce the amount of direct sunlight reaching the Earth.  These programs are called Solar Radiation Management programs and more information can be found on this issue in the Geoengineering Section of this website.

Other critical issues are also discussesd in this section on heath issues.  If you have any questions or need more information please contact the ADC website.

WARNING - TEST OF ANTHRAX VACCINE IN CHILDREN GETS TENTATIVE OK

Science and Technology - Disconnect: The Truth About Cell Phone Radiation, What the Industry Has Done to Hide It, and How to Protect Your Family - Book TV

The EPA considers soil a potential hazard in children's play areas at levels above 400 ppm. Soil below the EPA threshold isn't necessarily safe: California has set a much lower standard, 80 ppm, using computer models to find a level they say is more protective of children. Of the 21 smelter neighborhoods, 80% had median soil lead levels above California's benchmark in the XRF tests...Even trace amounts of lead — particles so tiny they're barely visible — are enough to cause irreversible health problems in kids who ingest or inhale them. Swallowing just 6 micrograms of lead particles a day over about three months can raise a child's blood-lead level by up to 1 point — which in turn can result in the loss of up to 1 IQ point, according to California's Office of Environmental Health Hazard Assessment. That's why the state lowered its soil standard to just 80 ppm..." Learn More- Read the USA Today Article http://www.usatoday.com/news/nation/story/2012-04-20/smelting-lead-contamination-soil-testing/54420418/1 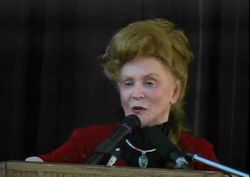 Learn more about cell phones and the current research into whether they could cause brain tumors, “Sanjay Gupta, M.D.,”

"...The data showed people who used a cell phone 10 years or more doubled the risk of developing a glioma, a type of brain tumor...Cell phones use non-ionizing radiation, which is very different from the ionizing radiation of X-rays, which everyone agrees are harmful. Non-ionizing radiation won’t strip electrons or bust up DNA. It's more like very low power microwaves. Short term, these microwaves are likely harmless, but long term could be a different story..." There are no studies on the impact of cell-phone use by children. 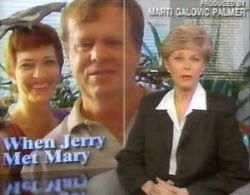 Senate Committee Health, Education, Labor and Pensions
Medical doctors testified on Americans suffering from chronic pain. They focused on preventative treatment and research into chronic pain, as well as myths about causes of chronic pain.

This is only a portion of one panel of the hearing. It ends abruptly due to scheduled live programming.  C-SPAN-2

YouTube Uploaded by Silent Spring Institute on Mar 7, 2012 - "Health conscious consumers often pore over product labels trying to avoid certain ingredients. But those labels can be incomplete. A Silent Spring Institute study shows that everyday products contain a wide range of potentially harmful chemicals, including many that are not listed on product labels. The study, published in the peer-reviewed journal Environmental Health Perspectives, marks the largest investigation that actually tested the products themselves for the presence of many suspect chemicals." Learn more: http://www.silentspring.org/product-test

"...This week on Q&A our guest is Matthew Heineman, director and producer of the documentary film “Escape Fire: The Fight to Rescue American Healthcare.” Heineman shares the premise of the film which is to examine the deficiencies in America’s healthcare system and explore cost effective solutions.

The film premiered at the 2012 Sundance Film Festival and is currently showing in select theaters. Heineman co-directed the movie with veteran filmmaker Susan Froemke. He talks about the issues that arise from fee-for-service medical reimbursement that compensates doctors for each procedure, and in some cases leads to overtreatment of preventable diseases. He highlights alternatives to this method of physician compensation, such as the plan adopted by the Cleveland Clinic which pays doctors a salary and incentivizes them to provide better treatment as measured by patient’s results. Heineman introduces viewers to Dr. Erin Martin, an Oregon general practitioner who quits her clinic after feeling that productivity quotas were being imposed upon doctors.  She states that the quality of care was compromised in this manner.  Heineman shares solutions which include an experiment by the military to use acupuncture in the place of pain medication, a fellowship program by Dr. Andrew Weil that teaches doctors about the importance of nutrition in preventing illness, and research by Dr. Dean Ornish demonstrating how lifestyle change can prevent and even reverse heart disease.  Matthew talks about why he became a filmmaker, and what he plans to do for his next project.

Matthew Heineman received a degree in history from Dartmouth College in 2005. He joined some friends to start the Young Americans Project, which he describes as, “a multi-media undertaking to try to figure out what makes our generation tick.” Out of this emerged Heineman’s first documentary, “Our Time,” which aired on the Documentary Channel in 2011. He worked with HBO for two years as a producer for “The Alzheimer’s Project” before founding his own production company, Our Time Projects, in 2009. He lives and works in New York City..."

C-SPAN Video - Center for Strategic and International Studies - "Global Health & National Security" November 2, 2012
"...The Center for Strategic and International Studies held a forum on its new report, Global Health as a Bridge to Security, which showed that nations with healthy populations are more likely to be peaceful, prosperous and productive. The panelists focused on on the health challenges for both U.S. military and civilian personnel in responding to health emergencies abroad and the policy considerations in making health and security a center of U.S. foreign policy debate. They also discussed the role of non-governmental organizations and the private sector, and the difficulty in getting adequate funding for foreign aid relief. The program opened with a multimedia presentation and at the end the panelists responded to questions from members of the audience..." Interesting...
http://www.c-spanvideo.org/program/HealthandN

Steve Kroft investigates allegations from doctors that the hospital chain they worked for pressured them to admit patients regardless of their medical needs.

A Hospital War Reflects a Bind for Doctors in the U.S.
New York Times – November 30, 2012
By JULIE CRESWELL and REED ABELSON

"...U.S. troops in Iraq, Afghanistan and Kuwait have inhaled microscopic dust particles laden with toxic metals, bacteria and fungi — a toxic stew that may explain everything from the undiagnosed Gulf War Syndrome symptoms lingering from the 1991 war against Iraq to high rates of respiratory, neurological and heart ailments encountered in the current wars, scientists say..."

"..."From my research and that of others, I really think this may be the smoking gun," says Navy Capt. Mark Lyles, chair of medical sciences and biotechnology at the Center for Naval Warfare Studies at the Naval War College in Newport, R.I. "It fits everything — symptoms, timing, everything."

Lyles and other researchers found that dust particles — up to 1,000 of which can sit on the head of a pin — gathered in Iraq and Kuwait contain 37 metals, including aluminum, lead, manganese, strontium and tin. The metals have been linked to neurological disorders, cancer, respiratory ailments, depression and heart disease, according to the Environmental Protection Agency. Researchers believe the metals occur both naturally and as a byproduct of pollution..."

"...The dust contains 147 different kinds of bacteria, as well as fungi that could spread disease, Lyles found. Since the wars began in Iraq in 2003 and in Afghanistan in 2001, the military has seen a 251% increase in the rate of neurological disorders per 10,000 active-duty service members, a 47% rise in the rate of respiratory issues and a 34% increase in the rate of cardiovascular disease, according to a USA TODAY analysis of military morbidity records from 2001 to 2010. Those increases have researchers seeking possible causes..."

"...Sprigg first looked at dust from Africa 10 years ago.

“I was shocked,” he says. “The current wisdom is that any bacteria or virus that might be alive, after it hits the air, it’s exposed to ultraviolet radiation and killed.”

But weather systems pick up the particles, protecting them from ultraviolet radiation with clouds, outside layers of yet more bacteria, and the sun-blocking dust itself.

“I think it can fly for hundreds of miles and not contact sunlight,” he says..."

Catherine Cahill, associate professor at the Geophysical Institute at the University of Alaska, "...called the abundance of aluminum and lead she found "our worst-case scenarios." Cahill says her research mirrors the work done by Lyles..."

"...Many had been exposed to a sulfur fire in Mosul, Iraq. They also had been exposed to burn pits — the military disposes of trash at bases in Iraq and Afghanistan by burning as much as 240 tons of it a day in open pits. All of them came through chest X-rays and CT scans with clean bills of health. The soldiers volunteered for a procedure to obtain lung cell samples, and when Miller examined the biopsies, 50 of 54 showed constrictive bronchiolitis — a rare lung disease that closes the tiniest airways..."

"We know that aluminum has been associated with ALS, as well as lead," Horner says. "We were definitely interested in Lyles' work."..."

"...What factors determine which of us will make it past age 90? Lesley Stahl reports on a groundbreaking study that has revealed some unexpected findings..."

This is the cancer clip which is still online:

"The Potential Impact of Light and Darkness on Health: A look into the ongoing research that is exposing a potential link between exposure to light at night and breast cancer risk." http://www.pbs.org/pov/citydark/video-potential-impact-light-on-health.php#.U2sU2FcvA4c

The Politics of Cancer

“…The book's fundamental thesis is that the cancer establishment—the National Cancer Institute (NCI) and the American Cancer Society (ACS)—is fixated on damage control in the form of diagnosis and treatment and on basic genetic research, with little interest in prevention.2 The NCI currently allocates less than 3% of its budget to primary prevention, while the ACS allocates less than 0.2%. More critically, the cancer establishment has never provided Congress, regulatory agencies, and the public with scientific information on a wide range of avoidable and involuntary exposures to industrial and other carcinogens that have been incriminated in the increasing incidence of nonsmoking-related cancers since the 1950s. These concerns have been endorsed by a group of 65 leading public health experts, including past directors of federal agencies, who recommended drastic reforms of NCI policies, including parity of funding for outreach and prevention with all other programs combined…” July 26, 2000.

Cancer-Gate: How to Win the Losing Cancer War